Teoh Beng Hock Trust for Democracy,(TBHTFD) formerly known as Malaysians for Beng Hock movement, is an independent and non governmental organisation established on 16 July 2014. The founding objectives include advocating democratic rights of Malaysians enshrined by the Federal Constitution, creating a just and transparent system and to prevent Malaysian citizens from being persecuted.

Due to lack of operating fund, we are faced with difficulties to carry out our work plan effectively. Therefore, we decided to organise the above mentioned fund raising dinner for following purposes : (1) To set up a permanent secretariat and to employ executive staff, (2) To set up a legal and human rights fund to support victims of political persecution and death in custody, (3) To carry out democracy education and works relating to democratisation.

In fact, there were many cases of political death since independence. For instance, the Labour party member Tang Bao Guang was violently beaten to death by police in 1965, Lim Shun Cheng who was being shot dead in 1969, Beng Hock who was found dead at MACC in 2009 and K. Murugan who was murdered during the 13th General Election. TBHTFD is the first trust fund specially formed in support of victims of political persecution and death in custody.

Each ticket is RM100, kindly contact the Executive Secretary Ng Yap Hwa at 012-2658448 or Ng Seow Chen at 011-22463370 to buy tickets. You are also welcome to become sponsors of the fund raising dinner, contact above persons for more information. 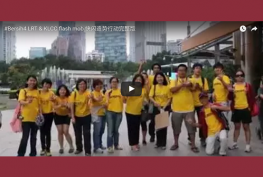