PETALING JAYA: It was possibly one of the most widely publicised and politicised cases of the last decade in Malaysia, and it is still talked about today primarily due to unsettled matters pending in court.

Memories of Teoh Beng Hock still linger on with the ongoing trial as the Court of Appeal had adjourned to Jan 23 the hearing of an appeal against the coroner’s court open verdict decision into the death of Beng Hock due to an incomplete record of appeal.

It was reported on Nov 19 this year where Court of Appeal judge Datuk Balia Yusof Wahi, who chaired a three-member panel, allowed the adjournment after the Teoh family’s lawyer Gobind Singh Deo informed the court that there were some documents and exhibits missing from the appeal record.

On the morning of July 16, 2009, Beng Hock was found dead while in the custody of the Malaysian Anti-Corruption Commission (MACC) after being questioned by MACC officers over an alleged corruption case involving Selangor state executive councillor Ean Yong Hian Wah.

The body of the 30-year-old was found sprawled on the fifth floor of the Plaza Masalam building in Shah Alam.

The Teoh family is also taking up a civil suit against the MACC and the government for the commission’s failure to give an explanation over the death.

In the suit, the family said that the MACC officers had wrongly attacked Beng Hock, causing him fear, torment, extreme distress and apprehension of immediate physical violence.

Beng Hock was the political aide to Ean and the deceased’s family and friends had in 2011 demanded the resignation of the DAP Seri Kembangan assemblyman, saying the latter was also responsible for Beng Hock’s death.

It was reported that one angry Allan Liew Sin Kim claimed that Ean had acted indecisively towards Beng Hock and did not help to seek justice for his death.

In an interview with theantdaily, Beng Hock’s youngest sister Lee Lan said although four years had passed since the death of her brother, Ean has not been in touch much with her family.

“No, we have not heard from him, every year he holds a memorial for Beng Hock and that’s about it,” she said dejectedly.

Asked what made her brother join politics after working as a journalist with a Chinese newspaper Sin Chew Daily, Lee Lan said Beng Hock was influenced by the 2008 political tsunami.

“When Ean approached him to become his political aide after Pakatan Rakyat took over the Selangor government, he accepted.

“I remember him coming home saying that he was very happy with the political changes in the country.

“For once, he felt there was hope for change as Pakatan Rakyat had formed the state government in Selangor after the 2008 general election,” Lee Lan recalled.

Beng Hock was also asked by Ean to take up the offer to be his political aide.

Beng Hock’s family was not against his decision to take up the post but had expressed concern for his safety as he would be working for an opposition political party which could put him in danger.

According to Lee Lan, Beng Hock assured them that there was nothing to worry about as he would be working for the state government.

Meanwhile, Lee Lan said all the family wants now is justice for their brother and to really know what happened to him while being questioned in the MACC office.

Previously, it was reported that the MACC had set up a special investigation team to investigate three of its officers who were found to have violated regulations during the interrogation session.

The commission was reported to have said in a statement that it received and viewed seriously improvement suggestions as outlined in the Royal Commission of Inquiry (RCI) Report.

When delivering his open verdict on Jan 5, 2011, coroner Azmil Mustapha Abas ruled that Beng Hock’s death was not due to suicide.

A few months later, however, an RCI into his death chaired by retired Federal Court judge Tan Sri James Foong Cheng Yuen ruled on July 21 that it was a suicide.

Lee Lan said Beng Hock’s case is still remembered because people support justice and many know what happened to him when he was interviewed by the officers.

“Many people told me this was a murder case. I had visited many doctors and when they found out who I was, they extended their support to me.”

“I think many people remember my brother because of the way he died and not because he was involved in politics and also the fact that the government was trying to make people forget the case,” added Lee Lan. 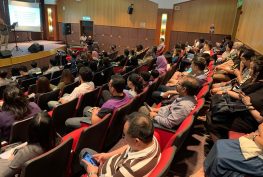 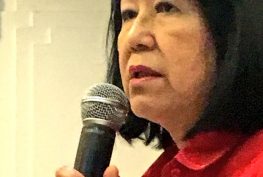